Nuclear family is a relatively new concept which refers to a household with parents and their common children. In some countries it is still quite normal to have grandparents and unmarried aunts and uncles live under the same roof. This was even more so the case in the past. Today I’m taking a look at family portraits from three centuries.

The first portrait shows a 17th century, possibly French, family. Similarly to the portrait with the German family, this picture also has a strong triangular composition. What catches my eye especially is the mature way the infant is pictured. Another question is raised by the two woman figures engaging in conversation in the background. The Bowes Museum, the provider of this picture, points at the possibility of the man in the picture being a hunter by occupation as hunting dog and a dead bird appear in the picture. Furthermore, the lack of decoration and the velvety structure gives an impression of a tent.

An upper middle class German family from 1848. The year 1848 marks the end of the so-called Biedermeier period in arts (1815-1848) that explored the European middle-class lifestyle. The family structure with one child is modern and shows the family is doing fairly well financially. The clear hierarchical way the family is arranged reflects the patriarchal thinking in a highly geometrical way, similar to the Renaissance triangle compositions. The mother offering fruit to her son depicts their relations and responsibilities. 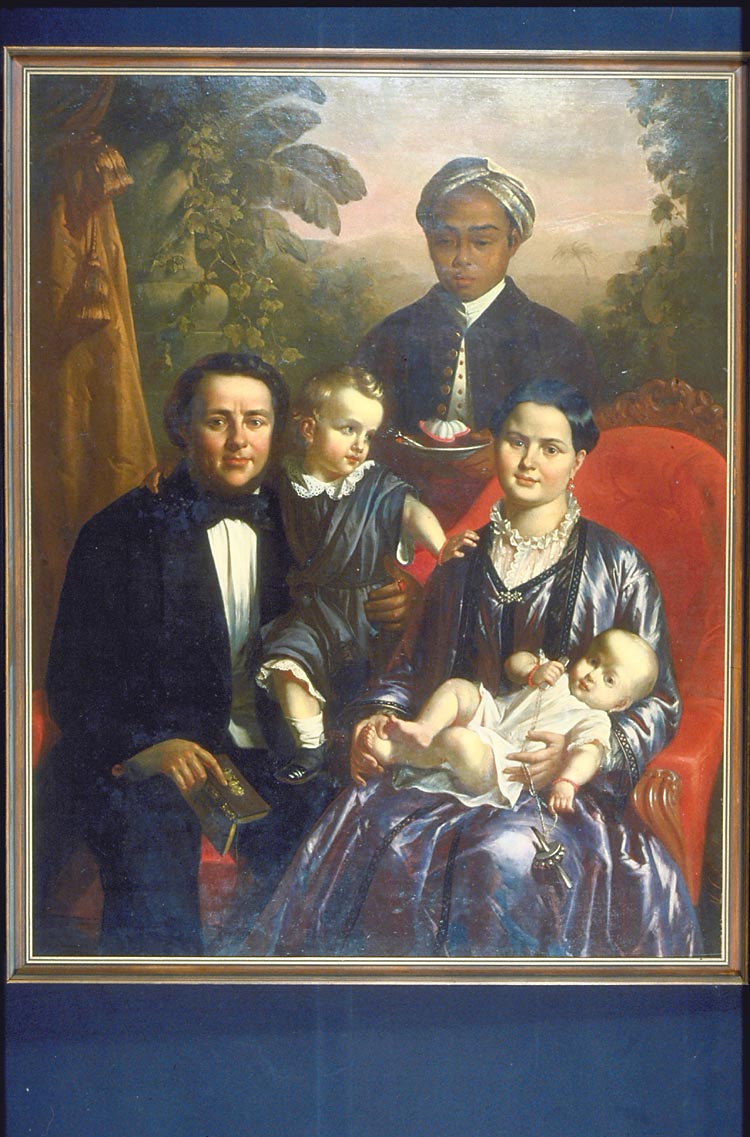 The Dutch van der Zwaan family from 1863. The Javanese servant in the background might have close relations to the family, but it is more likely that he was included as a status symbol. The painting was done in Amsterdam, but the setting clearly aims to compliment the family’s success as Dutch colonists. The book the father, Bastiaan van der Zwaan, is holding could be a Bible implying religious stances or alternatively a work-related logbook. What do you think?