“Nature and Nature’s Laws lay hid in Night:
GOD said, Let Newton be! and all was Light.”
(Alexander Pope, 1797)

Isaac Newton (4 January 1643 – 31 March 1727, Gregorian calendar) is considered to be one of the greatest and most influential scientists in history. His immense contribution to science had made him the “gold standard” against which the scientific world compared the most prominent figures in different fields. For example, Darwin became known as the Newton of biology, and Ampère as the Newton of electricity.

Isaac Newton was born three months after the death of his father, also named Isaac Newton. After his mother remarried, he was left in the care of his grandmother. Newton deeply disliked his stepfather and resented his mother for marrying the second time, once even threatening to burn them and their house down.

However, at school Newton was calm and reserved, concentrating fully on his studies. He became one of the top students, so when his mother, widowed for the second time, removed him from school in 1659 to make a farmer out of him, just like his father, his school master persuaded her to send Newton back to complete his education. In 1661, Newton entered Cambridge University; he was elected a Fellow of Trinity College in 1667 and Lucasian Professor of Mathematics, one of the most prestigious academic posts, in 1669. It was during these years in Cambridge, that he prepared Philosophiae Naturalis Principia Mathematica, also referred to as the Principia.

Published in 1687, the Principia to this day is regarded as one of the major scientific works. Here, Newton defined the law of universal gravitation, revolutionising the conception of science and the overall understanding of nature.

His second major work, Opticks: or a Treatise of the Reflections, Refractions, Inflections and Colours of Light, had further contributed to the advancement of physics. It encouraged the development of the multiple-prism dispersion theory, which was formulated by Duarte and Piper almost 300 years later, and became central do the design of tunable lasers and prism compressors. 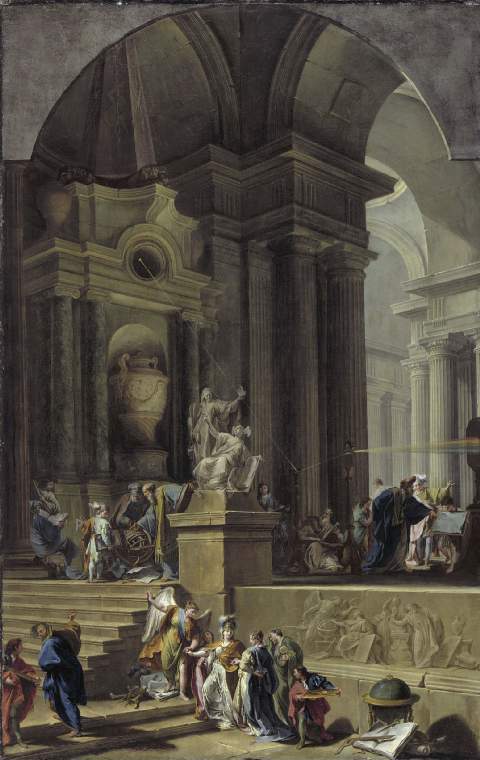 Isaac Newton died on 31 March 1727 and was buried in Westminster Abbey.